Home › Cultural Problems and Misunderstandings › The Filipino is different to you

The Filipino is different to you

I know it may seem rather obvious a statement to make, but your Filipina spouse is very different to you in more ways than you might think. This isn’t just my opinion based on my personal interaction and involvement with the people and the place over some 30 years. No, there is scientific research to support what I have to say here. 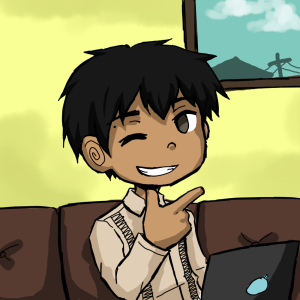 They Have Filipino Psychology!

This is true, there is a recognised branch of psychology called Sikolohiyang Pilipino, and it only relates to the Filipino directly and by application, related Austronesian and Indo-Malay people. A well known example is the condition known as ‘amok’. We have the expression, ‘to run amok’ in English because of this very Filipino (Malay) trait. Also known as ‘Malayan Mood Disorder’ and more appropriately ‘Austronesian Mood Disorder’, it is a very real disorder that sees the individual lose all control and inhibition, going into a killing frenzy after which they hallucinate and then fall into a trance with no memory of the event later on. Don’t ignore this because many expats have done so and found out how real amok is, often at the cost of their lives. It might not make sense to us, but then we aren’t Filipino!

Filipinos (and by extension all Malay peoples) also suffer ‘bangungot’, a rather common occurrence where the person loses control of their respiration and digestion, become comatose and eventually die. There are connections to the Thai ‘brugada syndrome’ and the ingestion of rice, but nothing to date has been scientifically proven. With established Filipino related psychoses, there is quite a branch of psychology devoted to the Filipino mind and psyche, proving it unique in many ways.

You only have to look at your own wives to see there is something to this. They think differently to us and not just because we are male and they are female. Beyond that, they are Filipina, or perhaps that comes before the gender difference? The other day I am reversing down my driveway. I stop and ask my wife to adjust the left side mirror, telling her to push forward with the left hand and pull backward with her right. She does exactly the opposite. I repeat the instructions and indicate the left and right hands but she does the same thing. Then she vehemently insists behind her is forwards and in front of her is backwards. I have been married long enough to know I am wrong, so I say nothing more. I can only think that, because we are exiting the driveway, albeit in reverse, she equates going out of the drive as forwards and coming back as the opposite and applied that to my instructions. Kind of macro over micro or something.

I know she thinks about the same things as I do differently, basing her analysis and decision making on her past experience more than any other set of parameters. I think this is why you can order a strawberry thick shake at McDonalds or Jollibee and they will make you a chocolate one every time. Why? Because they were trained on chocolate, most people order chocolate and perhaps they are adjusting for your perceived incorrect choice. Group harmony is vital to Filipinos and not standing out from the crowd very important. Everybody always orders chocolate and so you must have meant that and thus they will ensure you are not embarrassed. There is more to this than space allows, but let this be the trigger that fires you off doing your own research into this fascinating topic about these fascinating people.

Perry Gamsby, D.Lit., MA(Writing), Dip. Bus, Dip. Mktg is a writer and lecturer who lives with his Cebuana wife and five Aus-Fil daughters in Western Sydney. The author of a series of best-selling ‘self-help’ books for expats and those married to Filipinas, he is also a Master of Filipino Martial Arts and a former World Stickfighting Champion who has lived, worked and vacationed in the Philippines since 1988. Perry and his family return to the Philippines on a yearly basis. You can read more of his writing on Philippines topics at www.streetwisephilippines.biz