Australia is an egalitarian society. We like a social level-playing-field. Everyone is called and considered a “mate”, and we like to believe we are all equal regardless of our financial position or where we came from. No, Australian society is not perfect, however I’ve always thought this was a positive aspect. Filipino culture and society is very different, though. And this can cause confusion for all. 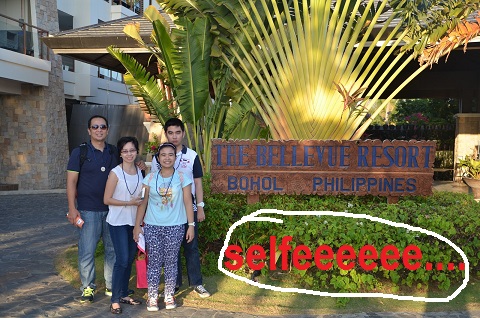 Australian Society – All are equal, or else!

Aussies treat everyone the same! The boss wants to be called by his first-name, and never “sir”. Politicians, whilst mostly arrogant self-serving pigs, make a big thing out of showing they are on the same level as everyone else. They do this particularly at election time by having the beer in the pub while the cameras are there, and of course cooking and serving sausages once or twice on the campaign trail. They also show their average-bloke nature by giving their winning-team prediction at Grand Final time!

Yes, all are equal. If someone acts superior, we bring them down to our level with a bit of ridicule. If someone is overly humble, we bring them up and show them that we see them as the same as us. We can’t stand being called “sir”, and we like to carry our own bags and open our own doors.

To me, again, I think this is a good thing. Regardless of how long I live here, I can’t ever believe I’m in any way “better” because I have some money in the bank and especially because I have blotchy white skin!

Filipino society – Everyone knows their place, and everybody elses place!

Filipino society is very different. No level playing fields at all, even if it doesn’t seem that way to the casual observer. Everyone is kind and welcoming by nature, so unless you’ve been here a while you wouldn’t know. It’s a definite hierarchy, defined mostly by what you have more than where you came from. And everyone knows where they sit on the social ladder, and where everyone else sits. And this influences how they treat each other….and how they treat you, of course.

This is how it works:

Example: Many years ago I met a Filipina lady via her boyfriend at an Internations meeting in Manila (ie an expat social group). She expressed interest in a visa. I gave her my card.

She called up and spoke to my wife Mila. She assumed Mila was “just a secretary”, introduced herself as being “from Internations” (as though that mattered!), and talked down to her. And if anyone knows Mila, this went down like a lead balloon! She was blunt and rude.

On another occasion she met Mila in person, and had no idea she was the one she was rude to. Only this time she was like a friendly puppy, because she felt that Mila (being married to the rich white man) was higher up the social ladder!

To an Aussie? Pretty weird! But fairly normal here. Wonder why the poorer relatives are so shy with you? It’s because they think you are better than them. And wonder why the woman in the Government office is pompous and bossy with your wife and why your wife accepts this so easily? Same reason!

A Filipino’s position on the social ladder is not a fixed thing. People can rise and people can fall. And attitudes change accordingly. If they rise up, those who used to treat them with contempt will be seen with a new-found respect. If they fall, this will be greeted by a smugness that matches how they treated those people when they were up-the-ladder.

And you will also see the wanna-be’s. The ones who will take photos of themselves in front of resorts they can’t afford to visit, expensive cars that they do not own, or in expensive shops where they can’t afford to buy things. Then straight to Facebook! I knew a Filipina Migration Agent who pretended she was a lawyer, who had photos taken in front of the Brisbane Law Courts! It’s all about being seen by others, and all about what others think. This is and remains an interdependent society!

Of course like anything there are degrees of this. My wife dresses simply, and finds it funny when she gets looked up and down by the wanna-be’s in S&R (where the more affluent go shopping in Manila), yet she ends up with a fuller trolley than them. Some never change and remain kind and humble no matter what, yet others can be pretty dreadful about it. And yes, it exists in the social groups and Filipino Associations in Australia. Note the clothing and displays of gold bling-bling!

To the ladies? Try to learn about social equality from your Aussie husband. It’s a good thing!

To the men? I wish you a humble wife, and one who learns quickly!

Jeff Harvie is a Registered Migration Agent and an Australian Citizen who has lived for the last 6 years in Manila with his wife and kids.