Home › In the Philippines › Players and Stayers

I find there are basically two kinds of Kano in the Philippines: players and stayers. The players are there to horizontally interact with the local population as much as they can. The stayers are already hooked up as far as horizontal interaction is concerned and are there because they love the place, the people, the whole nine yards. I used to be a player, then I met my asawa and now I am very firmly, a stayer. 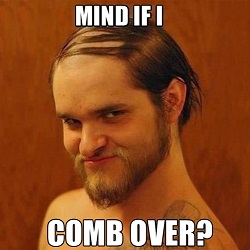 Each To Their Own

The great thing about being a player or a stayer is that, so long as you are a decent bloke, either calling is perfectly acceptable. I think most stayers were players to begin with. Rare is the man who managed to find his Filipina first time there. I know I began travelling to the Philippines in 1988 and didn’t find my asawa until 2001. This is a good thing because in 1988 she was in the third grade. Between 1990 and 1997 I was married to an Australian woman. We travelled to the Philippines a couple of times as I was teaching Filipino Martial Arts in those days and it was interesting to visit the land of Filipinas with a non-Filipina female companion.

Once single again, I resumed my player status, travelling regularly to scuba dive, teach or compete in Filipino Martial Arts events and generally live life as fully as possible; something you certainly can do there. Then I met the wife. I’m not saying everyone needs to live as I do, but for me, being a stayer means staying true to your chosen one, despite the plethora of pinay vying for your ‘pesonality’. And there is a lot of temptation, everywhere you look.

Living There As A Player or a Stayer?

I confess, since getting married in 2002, I can name at least ten couples out of twenty we knew when we lived in Cebu who today are divorced, possibly more. The old stats suggesting marriage to a Filipina was more likely to last haven’t held true in my experience; but then I blame the kano as much as the asawa, perhaps more. The temptation for the wife when she gets to a western country and sees so many younger men interested in her must be as difficult to resist as for the older kano living in the Philippines. If the relationship is solid, then you have little to worry about bringing your smoking hot, twenty years your junior Filipina bride back home. On the other hand, if she married you for your money and the chance of a passport, it is a foregone conclusion what’s going to happen. Sometimes blokes make it happen by being absolute, selfish mongrels and taking the wife for granted; sometimes it was in her DNA all along.

The other side of the coin has him unable to accept he is now a one-Filipina kano. He still wants to hang out in girlie bars, play the bar-fine game, talk the jargon with words like ‘cherry’, ‘short-time’ and ‘mama-san’. He may not imbibe, at first, but if he spends long enough in the bar he will eventually do something she’ll regret. And so might he. More foreigners end up in trouble or dead because they played up on the wife than you might think. If she is publicly shamed by his behaviour becoming common knowledge, you have to expect some kind of payback to restore her ‘hiya’, or face. Best advice is, of course, don’t be a player if you are supposed to be a stayer! Up to you, as they say, but worth thinking about.