Home › In the Philippines › Philippine Airlines, First In So Many Ways

Philippine Airlines, First In So Many Ways

Jeff HarviePosted on 10/04/2016 Posted in In the Philippines

I have to say while researching these articles on flying with Filipino carriers I have spent a number of fascinating hours reading about all sorts of aerial adventures. While there have been a fair number of general aviation type accidents, often caused by a combination of bad weather, poor visibility and mountainous terrain, there has also been a swag of hijackings and aerial gun battles! Philippine Air Lines can boast a number of firsts for aviation, not just in Asia, but also the world. 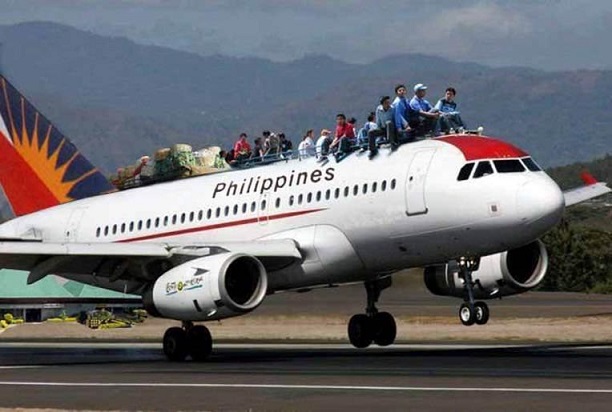 The very first in-flight sabotage bomb attack against a civil aircraft claimed a PAL aircraft on 7 May 1949. The plane crashed into the sea between Daet and Manila, killing all 13 people on board. The time-bomb had been planted onboard by two ex-convicts, hired by a woman and her lover to kill her husband, a passenger on the flight. The Filipinos love a good telly-novella drama, don’t they, only this was no screen play.

The very first hi-jacking of an aircraft by a fugitive from the law happened in 1952. A Philippine Air Lines flight from Laoag International Airport to Aparri was hijacked by a Chinese man with a .45 calibre pistol who demanded to be taken to Xiamen, mainland China. Ang Chio-Kio had murdered a 16 year old Chinese school girl he was infatuated with in front of her teacher and classmates in Manila, then shot the policeman who had attempted to arrest him. Desperate to leave the country and get to China, he booked a seat on the flight under the name, Hung Chu-Chun.

The pilot, Captain Pedro Perlas, tried to knock the hijacker off balance by diving steeply. Unfortunately this failed and he was shot twice in the back. The co-pilot, Captain Felix Gaston, took over the controls but sadly the purser, Esteban Diago, was shot twice also when he came to the cockpit to investigate the gunshots. Ang then gave Gaston a piece of paper saying he wanted to go to Amoy and a map along with a fist full of dollar bills.

As they neared the Nationalist Chinese island of Quemoy they were met by a T6 Harvard of the Nationalist Air Force. It opened fire on the DC3 but Gaston was able to evade the fighter. Flying lower he realised he was going to be landing in Communist Chinese territory and he had only recently left the Philippine Air Force and still had his military ID on him. As the Philippines were fighting Chinese Communist forces in Korea at the time as part of the UN ‘Police Action’, he feared being shot as a spy should he fall into Communist hands. He regained altitude and found the T6, who this time guided him to land on Nationalist held Quemoy island.

Once on the ground things turned ugly again with hundreds of Nationalist troops advancing on the aircraft with fixed bayonets, some of them firing at the pane, thinking it was a Communist invasion. Luckily this time there were no casualties. Eventually Ang was taken into custody by the Nationalist authorities and Gaston was able to fly the plane and its passengers back to the Philippines. Gaston was awarded the Legion of Honor and was given an expensive Tissot watch by PAL. Gaston suspected the watch was purchased with the dollars Ang had given him for the flight. Gaston lost his job with PAL when he led a pilot’s strike against the owner in 1968. He died in 2014.

Since then there have been other firsts including several bombs going off on board, usually in the toilets and numerous hijackings and hostage takings. In recent years it should be pointed out that things have been pretty quiet for PAL and overall their air safety record isn’t a bad one. I’ve flown with them more than ten times between Sydney and Manila and the same number going the other way and I was never hijacked, shot, robbed, blown up or plunged into the sea or a mountainside once.