When my asawa and our then just two anaks (now five, all girls) hit Sydney back in August 2005, the temperature outside the airport terminal was about 12C. It was a cold, windy day, the wind chill factor bringing the air temperature down another 5 or 6 degrees, easily. We walked out of the terminal into a wall of ‘outdoor aircon’ that literally stopped the wife in her tracks. If she had been wearing more than the Cebu-appropriate jeans, t-shirt and light jacket it might have been a different introduction to temperate zone weather altogether; but instead, she froze. Literally and figuratively. 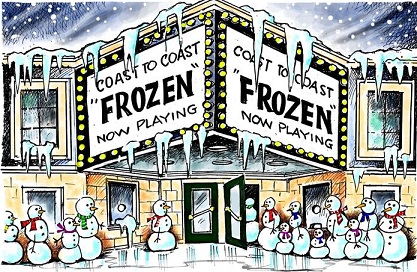 Coping with weather changes between Philippines and Australia

The reality is that most Filipinas come from a part of the Philippines where the diurnal range is about 6C between day and night. Rarely does it get to a 10C gap. By this I mean the daytime temperature is no more than 6-10C higher than the night time temperature. At least in Cebu, where my wife is from. It does vary depending on latitude and altitude but there is nothing like the highs and lows we can experience; and don’t get me started on Melbourne’s four seasons in one day capabilities!

At the moment in Cebu it is 26C and about 5.30AM. It was as low as 24C and it will peak at 29C. The forecast is for this to repeat for the next three days, then a weather change will come in whereby it will drop, or perhaps I should say plummet, to 23C and struggle to climb to 28C, before resuming the 24C-29C diurnal range thing. Last week was the same, and so too the week before. In ‘winter’ there, (a week in early January), it might get down to 18C at night, and the same can occur if there is a typhoon during the wet season in the latter part of the year. In fact I recall one freezing night when it was 15C, but the wind chill made it feel worse. That and the fact by then I had become acclimatised and not to mention I was sleeping on a verandah with just a thin cotton ‘blanket’ (sheet).

Even the peak of summer rarely sees the thermometer hit the mid 30s. It is hot, but nowhere near the 42C my wife endured just a few short months after her arrival. I am not sure whether she hates the heat more than the cold, telling me how she has loved our Indian Summer of an autumn and the 25C average daytime temps El Nino has brought us here in Sydney. She complains about the strength of the Aussie sun and it is ‘hotter’ than that experienced elsewhere. The angle we lie at in the southern hemisphere is the culprit, our sun really penetrates and in winter the low angle can make driving especially dangerous. In summer it merely burns. But hey, that’s the way it is in Oz.

Winter mornings with frost on the car windscreen are not looked forward to; although she has discovered the Sins of the Doona; curling up and going back to sleep on a cold, wet morning when you don’t have to get up for work, or get the kids ready for school and you can snuggle down and have a lie in. Not something you get to do very often in Cebu unless you crank up the A/C, if you have it. Summer nights with the bedroom staying oven-like until the early hours of the morning seem, to her, far worse here than any hot, stifling night spent in Cebu. I’m not sure why, but I have to agree a stinking hot night there was more bearable; possibly because it was never as stinking hot and humid, or as stinking hot and whatever. It was just less oppressive.

Speaking of oppression; cut your Filipina a lot of slack when it comes to the weather. Educate her about ‘Slip, Slop, Slap’ and teach her to layer her clothing and be prepared for changes in the weather other than ‘warm and dry to warm and wet’. Understand she has grown up, every single day of her life in a climate that barely changes and our climate is very unusual and even scary to her. Add this to the million other adjustments she will be making and she will need all the help and understanding you can muster because our weather is often not something we really think about.