Filipinos are the nicest and kindest people in the world, but they tend to have “onion skin”. Filipino pride is easily hurt, and the reaction is not always rational. And it’s really important that you understand this if you’re in an Australian Filipina relationship, and that you grasp this aspect of Filipino culture. 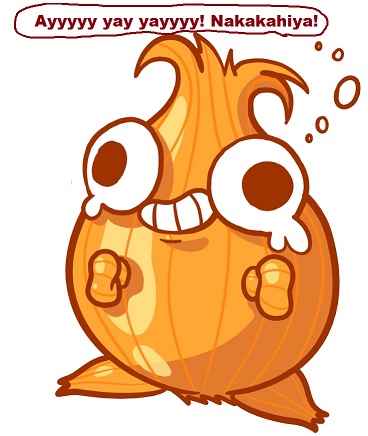 Filipino people on the whole are not arrogant. They are generally kind, and they value other people very highly. They welcome guests and they show respect their elders and they are patient with children. And they are mindful of not embarrassing you or hurting your feelings. However there is the issue of their own feelings and their own pride if they feel embarrassed or ashamed. And when that happens, logic tends to go out the window.

It has long been said, mostly by Filipinos themselves, that Filipinos have “onion skin”. It means a thin skin which is easily damaged, and yes this is the nature of the average Filipino. Thin skinned! Easily hurt.

People grow up in a society where pakikisama is the rule of the day. It implies the need to go along with others and not to rock the boat. Part of this is the need to avoid causing shame and embarrassment (nakakahiya) in others. People go to great lengths not to challenge anyone headlong, especially in public. People avoid saying NO. They avoid confronting each other with harsh realities. And I suppose a lot of it is that if you grow up that way, ie. not used to being confronted, then you don’t know how to deal with it.

You will probably have noticed things like the dreaded tampo in a girl? She lets things build up and get to her, and she responds largely by sulking and maybe even storming off for several days. The way this is handled by others is they don’t mention it when the girl returns, because to do so would cause nakakahiya. Someone disgraces themselves in some way publicly? People mostly look the other way and never mention it, because they know they’ll embarrass them.

What happens when a Filipino is embarrassed?

The reaction can be fairly shocking if you’re not accustomed to it. People whom you thought were level-headed, calm and sensible will react sometimes quite badly and irrationally.

Had a close friend years ago. Couldn’t use a computer. We had just started using Facebook, and I suggested to our friend (given that she and Mila were close) that she also get Facebook so they could keep in touch. She assumed I was laughing at her for being somehow stupid, and never talked to us ever again. Explained to her husband, and whilst he knew I didn’t mean anything of the sort there was nothing he could do. The embarrassment happened, and the damage was done.

Had a relative (who worked for us and lived with us) take something mild I said to him badly. Packed up and left his wife and kids behind here and didn’t return for 5 – 6 months.

And as for staff members, if they do something wrong and you have to tell them, you know there’s a good chance they will quit and not-come-back almost immediately. They will do this even if they have families to support and no other source of funds.

It’s the shame of being personally confronted that does it. Filipinos themselves will often get someone else as a go-between to do it. If they resign, they’ll leave a note somewhere. Or they’ll get their wife to tell you. And text messages, of course.

The other one is to simply say nothing. Let it go. To smile even if you’re annoyed. To look down….scratch the back of the head…and not answer. Or to avoid that person, even for days on end. Anything to avoid a confrontation and the inevitable embarrassment and loss of hiya (face) that comes from it. I’ve definitely got better at it, but as a blunt Aussie it doesn’t come naturally. We’re taught to straight-talk…..get it off your chest…..not beat around the bush…to own-up, and to take it on the chin. Here in the Philippines? You may as well be speaking Ancient Greek!