Do Filipinos care what others think? Do many like to be seen as a bit higher up the social ladder than they probably are right now? You betcha they do! And it seems to be increasing, with the Facebook-generation who give a high priority to uploading daily “selfies”. When it happens, you can say these people are being “maarte”. Anyone in an Australian Filipina relationship will soon encounter this phenomena. 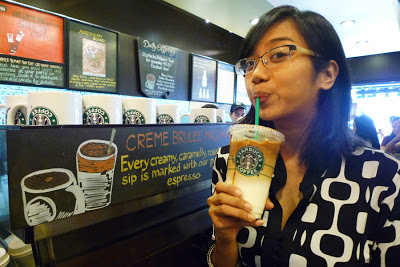 Maarte – What does it mean?

The term literally means “artistic”, and it was applied to those arty and flamboyant types who contrasted with the more down-to-earth average Filipino. It’s not an especially insulting term, but it’s by no means flattering. It implies that the person is being a bit silly, really. They are showing off and trying to look rich and sophisticated when they are not. Those who are genuinely conceited and what an Aussie would call “up themselves”, you may call them “mayabang”. That’s a bit harsher, and usually well-deserved. But your average maarte Filipino is still basically well-meaning. They just want to be seen as living better than they actually are.

I can’t speak for the urban “Millenial” (young-person-with-smartphone-and-less-smart-brain) Australian these days, but for traditional Australians we give little credence for what other people think. We can be seen barefooted in public. We don’t care if others know we’re an Aussie Battler (low-income, low-on-social-ladder, and completely OK about it!). We happily shop for bargains. We happily look for cheaper options, and we have contempt for those who show off.

Filipinos? A bit different to the above! All Filipinos care about what others think or are saying about them! This is an interdependent society. Very different to Australia. People survive by depending on each other, and social order is more important than it is in Australia and to its rugged individualists. Position within Filipino society here means a lot. The higher you are up the social ladder, the happier you are. And if you can’t work your way up legitimately, you can always pretend and exaggerate somewhat!

Remember my article about selfies? This is all part of it. A great way of positioning yourself as being rich and sophisticated. Pretend you own a car. Pretend you’re staying at a flash resort. Pretend you are generally living the high-life. And why are you at little risk of others exposing your true more-humble social stature? Because most of your Facebook “friends” are probably doing the same thing.

Filipinos living beyond their means

A characteristic of all successful people is that they NEVER live beyond their means. No matter what they spend, you can be sure they’re earning more. Spending more than you earn, or close-to, is a sure way of not getting anywhere. I can remember back in the days when I earned about $80.00 a week. Took the train to work, with sandwiches in a brown paper bag. Drank coffee (free!) in the work lunchroom. And I used to be amazed at workmates who bought takeaway for every lunch break and tea break. I would treat myself with a 30 cent can of softdrink per day. I had savings.

When we employ a new driver (we’re in the Philippines, and that’s a normal thing to do), usually within a month they’re purchasing a new motorbike with a loan. When they lose the job, they default on the loan and lose the bike. But they had their brief moment of local fame, being able to be seen on the new motor. Office staff or even staff earning P8K a month in SM? Off to Starbucks to be-seen drinking expensive coffee, ie cappuccinos and frappe things. Not a 3-in-1 Nescafe from a carandaria for P10, Not impressive enough.  Earn P350 a day, and spend P150 at Starbucks! Order a bit of cheesecake, and you’ve effectively worked for nothing. Yet many people will do that, so they can be seen.

And of course what happens when the contract isn’t renewed at the end of 6 months? The motorbike is repossessed. No more Starbucks. And flat broke within a matter of days, because it all went to a bit of temporary glory. Many will work in Makati rather than somewhere less impressive, because it gives the opportunity to be seen in Starbucks all dressed up. Even if it means sleeping on a bit of floorspace and being far from the family. If workers are packing the money away and planning for a real future? Then good for them! But so many want to live the illusion of a TV show lifestyle with the sole ambition of impressing others.

We live in a shallow world these days, where images of the glamorous people are constantly in our faces, and where fashion and image and fame appear to be the most important things in life. And with Facebook, Instagram and YouTube just a click away, everyone feels that it’s within their reach. I hope that a few more Filipinos, especially younger men and women growing up in a fairly strange world, will look more to their mothers and grandmothers for human qualities that they should aspire to, and not to Beyoncé and Rhianna.