Loaning money in the Philippines – The pitfalls

The Philippines is a poor country. To most Filipinos, you as an Australian will be…..or at least appear….to be very rich! So you will always have people wanting to borrow money from you. Sometimes they are sincere, and other times they are just taking advantage of your perceived huge Australian wallet. How to handle it? Important lessons here for anyone in an Australian Filipina relationship. 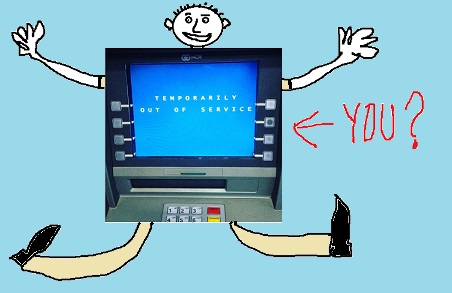 The results of me trying to draw with a mouse-pointer!

Filipinos wanting to borrow money. What do you do?

Then the school feels come up. Or someone gets sick and ends up in hospital. There’s no money, so they end up on your doorstep trying to borrow money. And you find yourself in a position where you have a harsh decision to make, often at the last minute, whether to say yes or no.

It occurred to me when I thought about this that there are six people in the Philippines who are alive today because of us. Three of them are children who now live with us. One is a child who spent a year living with us. Two are adults who are alive today 10 years afterwards. There are also two adults who didn’t make it, despite us providing money. So at least I know that those situations were real.

Real need or scam? The quandary!

I’m happy to be generous. Part of the effect of being with my wonderful Filipina wife (plus my Christian faith, which I won’t bother anyone with today) is that I’m a fairly generous and caring dude, and my wife Mila is the most caring and generous person I’ve ever known.

So we’re always happy to help where we can. But one thing I cannot stand is being played, scammed or conned! Cannot stand it at all.

The quandary is that unless it’s someone you’ve had a good track record with, you don’t know if the need is genuine or if you are being fed a sad story. The cliché in the Philippines is the “sick carabao” story. Invariably it’s something either heart-wrenching, eg. someone sick in hospital and will die otherwise, or school fees and child will miss out on education, or possibly something that hits your inner-entrepreneur when they tell you of the great business they want to start so they can take care of their family properly. The problem is you find yourself stuck between a rock and a hard place! Do you take the risk and bear the possible tragic consequences? The Philippines doesn’t have the same welfare-state provisions as Australia does. How does your conscience cope if something bad happens and you didn’t help?

Again, if you know them and believe them? Then the decision is yours, and your conscience plus the size of your bank balance will help you decide. Always exercise prudence though, especially if you live here in the Philippines and where ending up flat on your face due to over-generosity may be something very hard to recover from. Even if your intentions are as pure as freshly fallen snow, accept that you won’t be much help to your extended Filipino family in the future if you go broke this time. No one has a bottomless pit of money. I know we don’t!

The scammers and the liars

You usually learn who they are the hard way. They con you. They get away with it. Hopefully you learn.

The Jeff Harvie way? Loan them a small amount first time they ask. Then wait and see what happens. We have a niece who tried that out on us. Borrow a thousand pesos, and will pay it back next month? Sure! Next month? Can I borrow another P1,000.00? No! Then we had her sick kid with Tuberculosis (TB)! The conscience said “Maybe it’s true, and not prepared to take the risk”! Turns out child had been getting treatment already, and thought they could then get it for free via the rich white Australian uncle. And to me? A skinny Filipino kid with a fat mother means is not a real charity case! OK, it cost us a few thousand pesos. But we now know exactly what she is made of! It will never happen again.

To me, I think it’s wrong to reward anyone for scamming and lying, as you only encourage them to do more of it. You’re standing in the way of them ever waking up to themselves or becoming responsible and self-reliant.  And I’m talking scammers here. Not those who work as hard as they can, but the reality of their lack of education etc. keeps them down. I’m talking about those who suck up to you and tell you the sad stories so they can manipulate your emotions. They smile sweetly. They sing your praises to your face.

And the other things about loans to Filipino scammers? Not only won’t you see it again, you will become the scum of the earth when you finally say “No more loans!” We just had someone pay us back P100,000.00 that we loaned them……10 years before! Paid it back because they incorrectly thought we were talking about them behind their backs and they wanted to save face (hiya), and now they hate us with a passion. Yes, there’s always hiya issues when it comes to loans. Damned if you do, and damned if you don’t. You will definitely offend someone when you say no, but at least you get to keep your dignity intact, and you don’t reward someone for doing the wrong thing!

9 comments on “Loaning money in the Philippines – The pitfalls”