Jeff HarviePosted on 29/03/2014 Posted in Cultural Problems and Misunderstandings, In the Philippines — 6 Comments ↓

A dictionary definition of the word “jealousy” is the “mental uneasiness from suspicion or fear of rivalry, unfaithfulness, etc., as in love or aims.” In the American Heritage Dictionary, jealousy means “close vigilance”; in Webster’s Revised Unabridged, it is an “earnest concern or solicitude.”

Tie all these together and what do you have? An oft-stereotyped behaviour in Filipino relationships. 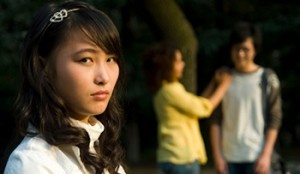 I say it not because I believe it, but because I’ve heard it, countless times, from university sociologists and from Westerners with Filipina wives and girlfriends (or boyfriends). Apparently, Filipinos are very hot-blooded.

You know that piercing look. You have seen that grit of the teeth. You hear that strain or that quiet rage in a voice that says, “Everything is okay,” especially when, to the person who utters it, something is, in fact, not okay.

“In no other country,” a British friend observed, “have I witnessed people going such great lengths to confirm their jealous suspicions: checking a lover’s cell phone on the sly, sifting through the other’s private E-mail.”

As a Filipino, I’d be none the more patriotic for saying this, but there’s something in my friend’s observation, I suppose, which rings painfully true. Just read the papers. On the front page, players in the political arena are bringing each other down (“fear of rivalry”), and officials are matched against others in fierce power struggles. In the showbiz and entertainment section, celebrity romances are sensationalised by introducing infidelity rumours: break up, make up, break up again. In the comics section, caricatures of various Filipino characters depict the dark comedy of love triangles and other infidelities. And stories written by metro beat writers often report a homicide in this barangay (the smallest administrative division in the Philippines) and that, carried out by an otherwise good-natured husband in a drunken fit of jealousy. Wives, too; one of the craziest headlines I’ve ever read was about a woman who castrated her philandering partner. (The thing eventually had to be sewn back to place.)

This is not to say that Filipinos are inherently murderous monogamists. It’s just that most are disposed to – well, express “earnest concern.”

Whether suspicions are warranted or unfounded is sometimes beside the point. Jealousy has its case-by-case origins, but here’s another important question to ponder: does it have a locale? Is it a weakness of the Filipino character? (Or – gasp – a strength?)

A closer look at the cultural makeup of the Philippines could shed some light. In a country that is predominantly Roman Catholic (majority of the 94-million-strong Philippine population have been baptized in a Catholic church) and with a soap opera culture that glamourises love forevermore, people here have learned to find security in faith and loyalty – and to fear the most minor departure from this norm. In a close-knit setting that emphasizes extended families, unconditional devotion to parents, and happy domesticity, many Filipinos nurture a great anxiety over abandonment. And in a tradition where love may exist without jealousy but rarely the other way around, the people here live to love the best way – perhaps the only way – they know how.

So don’t be surprised if you happen to have a Pinay sweetheart who cares for you hotly, uneasily, vigilantly. Instead be kind and thankful. In the dictionary of the Filipino, jealousy is the most twisted – and perhaps truest – form of flattery.

By a Filipino author

6 comments on “The Jealous Filipino”