Home › In the Philippines › Holy Week’s Not A Holiday

Holy Week’s Not A Holiday

The Philippines is a very Christian country, for the most part. At least 80% of the population are of one Christian denomination or another, with the majority Catholic. It should come as no surprise then that Easter, or Holy Week as they call it, is a very important time of the year for Filipinos. It is one of the two times of the year everyone makes a serious effort to go home ‘to da probince’ and be with their loved ones. The other time is not Christmas, but All Souls/All Saints Days, 31 October and 1 November when they spend the day and even overnight on the graves of departed loved ones. 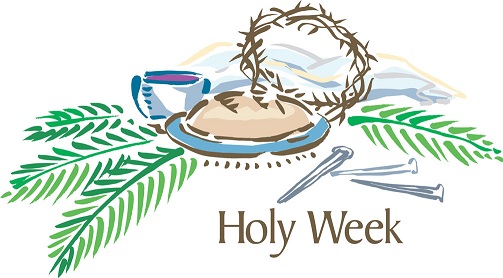 It Is A Religious Holiday, Remember?

As well as the usual church services on Good Friday and Easter Sunday, there are masses held at other times for Catholics and some Born Again sects spend the entire time at prayer. Shops are closed and getting served in the few restaurants that open in some areas, or the hotels, can be problematic due to low levels of staff on duty. Everyone has gone home to their province to be with their families. Having said that, I have found that by stocking up on the Wednesday or the weekend before it is never a problem. For those trying to see a bit more of their new country of residence, or visiting their girlfriend/fiancé, playing tourist at this time can be a challenge. The rule of thumb is the more upscale you go the more you will find open, operating and available. If you travel at the local level, economically, be prepared to ‘make and mend’ as best you can.

You have to remember you are in a fairly devoutly religious country and they take things seriously when it comes to their Christianity. Unlike our consumer driven western world where we are even hearing the Australian government discuss dissolving the Easter long weekend and the penalty rates paid for working any weekend, the Philippines still observes Easter for what it is, a religious festival or event. Holy Week is called Holy Week for very genuine reasons for Filipinos.

Filipinos take religious matters seriously, in their own, inimitable Pinoy way. I can remember watching fascinated as a man dragged a giant wooden cross down the road, followed by a line of people ranging from small children to the aged. I have no idea how far he had dragged the cross, or where he was going but we were several kilometres from the nearest habitation. More seriously are the flagellants. Men with bared backs, whipping themselves with cat-o-nine tail like whips, blood splattering on the dusty road leaving a fine red mist in the air on a windless day. Once seen, it is something you can never forget.

The most serious, or devout, of all has to be those who have themselves crucified. They are nailed to a cross, the same way the Lord Jesus Christ was and they remain there for the same period of time as He did. This is no ‘parlour trick’. Other than using stainless steel, surgical grade sterilized nails to minimise infection… they are up there doing it for real. Some may ridicule these men, often former criminals doing this as repentance on top of time served, but their suffering is no joke. Nor is their genuine desire to emulate their Saviour.

In San Fernando, just north of Manila, on Good Friday, you can join the huge crowd and witness this yourself. No matter your personal beliefs, you have to pause and think about why these men endure this. Even more than the flagellants, once you see this annual event, you will never think of religion the same again and… its only in da Pilipeens!