Filipino pronunciation is something that every Australian involved in an Australian Filipina relationship needs to learn, for two reasons:

Almost all Filipinos understand English, however be aware that the Philippines is not what you would call a multicultural society. Filipinos are used to Filipinos speaking English…..that’s it! 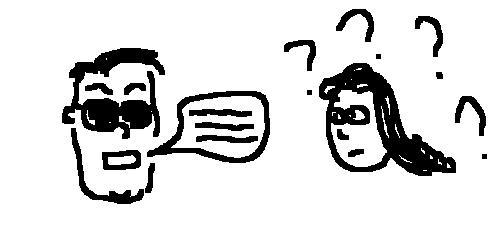 Philippines – not a multicultural society

Filipino society is really quite insular, especially compared to Australia. I grew up in Sydney, and there was every nationality under the sun living all around me. Some were born overseas, and some were born in Australia yet the family and community they grew up in meant they still had accents. I worked with Italians in Leichhardt. I had Indian friends. There were Italians, Greeks, Germans, Vietnamese, Chinese. Going out to dinner meant “What will we have tonight?”, which meant “What nationality food?” Big fan of Lebanese food. Italian. Indian. Greek. Yes, that’s Australia.

Philippines? Different regions have their own dialects and accents differ somewhat, however there are more similarities than differences. And whilst I grew up understanding how an Italian or an Indian would pronounce a word, no one here in the Philippines has experiences like that. Therefore, chances are they won’t understand you. You will generally understand them, but not the other way around.

The issue is not so much about you understanding them. Chances are that unless you grew up in a remote part of Australia and never went anywhere, she will be the one who has trouble understanding you! Whilst you may get your back up about this being a native English-speaker, chances are she (and her family and friends) will think there is something wrong with YOUR English!

And the truth? They have a point! Aussies are mumblers, and we are completely un-phonetic in the way we pronounce things. And, fair dinkum, we have more slang words than she could chuck a stick at. My oath!

On my first trip here back in the 90’s, I stayed in a “pension house” (a type of hotel, I suppose) in Cebu City. It was the Regal Pension House, in Junquera Extension. I had it written down, fortunately. Hopped in a taxi one day and asked to go to this place, in my best Aussie drawl. Repeated myself. Complete blank. Showed him the card, and he said it “properly”. We were on our way. From that point on, I took careful notice of how people pronounce things here, and worked out that I’d better learn to copy it if I was to get anywhere at all.

That means that words are NOT “swallowed”. They are normally annunciated fairly well. And generally most letters are spoken. There is no understanding about silent letters.

And that includes the letter “r”. It’s definitely heard. It’s not the Aussie “ahhhh” sound.

“I” sounds are often pronounced as “e”. So “liver” becomes “leverrrrrr” (with the rrrrrr sound). But it’s not always pronounced as an “e”, so don’t assume.

The vowels a, o and u are generally pronounced…..well….the same. “I will not cut the cat” sounds like “I will nut cut the cut”. Sorry, couldn’t think of a better sentence. But yes, expect vowel sounds to be a bit limited.

I’m going to cut (yes, “cut”….not “cat”) this short. And I’ll ask you all to watch the video, which will be much easier to understand the peculiarities of Filipino pronunciation. Please watch and learn, and be prepared to learn to develop a second accent to use while you are here visiting. Back in Australia? Your wife and any other Aussiefied Filipinos will have adapted fairly well already.