Filipino local dialects – The languages of the provinces

Jeff HarviePosted on 17/07/2016 Posted in Cultural Problems and Misunderstandings, In the Philippines

The Philippines has a national language, known as Filipino….or Pilipino. It was apparently meant to be a mixture of Manila-Tagalog enriched with words from other dialects, but this never happened. Filipino is Tagalog…..pure and simple. And given that this is the national language, every school child in the Philippines is taught Filipino as part of the school curriculum.

However, this was a political decision made by the politicians in 1937 when independence from the American colonisers was on the cards. Tagalog was named Pilipino at the time because it was the language of Manila, and that’s where they were. 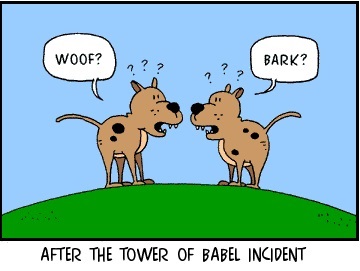 (Referring to The Tower of Babel story from the Bible!)

As Australians, this makes plenty of sense. Because regardless of where we come from in Australia, we don’t REALLY see ourselves as being much different to another Aussie a few thousand km away. Yes, at State of Origin time we divide ourselves into opposing teams, but is only a surface thing. None of us (apart from the indigenous folk) can claim any Australian ancestry from before 1788.

The Philippines is very different, though. It’s made up of many regions all with very different traditions and also with different languages and dialects. 175 to be exact! And politicians in 1937 announcing to the country that we will all now be Tagalog-speakers largely fell on stubborn and deaf ears! And the further from Manila you get, the more determined you’ll find them to be about this issue.

What language does the average Filipino speak?

By preference, most Filipinos will choose their own local regional dialect, and whilst they may be fluent in Tagalog and even English, the local lingo will win out every time. In the local town? Amongst family? In social groups formed by OFW’s (Overseas Filipino Workers)? Local language, most definitely!

You may hear a word here in Tagalog….Maarte (ma-arte pronunciation). And I’m just thinking there will be local words in place of that too, of course. The Aussie translation would be either “stuck-up” or the more earthy “up yourself!”. If your wife was with her family and chose Tagalog or English over the local language, that’s what they would call her. They would assume she was showing off, and she knows that and would rather avoid that.

And it can get pretty odd sometimes. A Cebuano speaker will probably have difficulty with Tagalog. My wife and one of my girls went to a wedding last year in Cebu. Old friends of mine, educated and intelligent. They struggled in communication with Mila, and she was very surprised given that it was her first trip to Cebu. The attitude in Cebu, Davao and much of the Central Visayas is that more people spoke that language than those who spoke Tagalog before, and they feel more than most that they had Tagalog/Filipino thrust upon them unfairly.

The purpose of a language – Jeff’s thoughts

This is my thinking.

I believe the purpose of a language is that of communication. The more people who understand you, the better. The more we let people know what goes on in our heads, the more they “get us”. The more harmonious our lives become, and the less isolated we all feel.

Sticking to our own languages? The end result is to exclude. To make the outsider remain as an outsider. Unwelcome and unwanted. I fail to see anything positive in that thinking.

The other issue is that mastering a dialect from a small area and being poorly skilled in other languages means that you will probably spend your life in that one small area. Iriga in Bicol is probably 100,000 people in total. It’s also not a particularly prosperous area, with limited opportunities for young people to rise to the heights of any chosen career.

Whereas fluency in Tagalog…..or especially fluency in English….this opens up a huge world of opportunities and places to go. Want to work in Manila and you struggle with Tagalog? Your options are going to be severely reduced. Want to live and work overseas and struggle with English? Same result. And for those in Australian Filipina relationships, the benefits of mastering English should be obvious!

I don’t really care what language somebody speaks, but I would ask them to consider that whilst you are keeping the doors open with your family and fellow townsfolk, you may well be closing the doors to career opportunities but more importantly to people! I’m sure that any Filipina lady in Australia who now speaks good English can compare the difference it made to her relationship with her Australian husband. How many silly fights occurred because you couldn’t understand your husband, and/or couldn’t get across to him what you actually meant?

I’m fully aware that I need to make the effort to learn Tagalog properly one day. I’m extremely busy as my clients would know, and that’s my poor excuse. For those who are settling in Australia, please ensure that you (and any children you are bringing) learn and get comfortable with English as soon as you possibly can, and your family life will only improve and you will fit in so much better in your adopted country. And remember that the only way to properly learn a language is to USE it! Speak English all the time, and it will soon be second nature. And ignore anyone who calls you maarte.

Jeff Harvie is a Registered Migration Agent and an Australian Citizen who has lived for the last 6 years in Manila with his wife and kids.