Filipina ladies. Filipina girls. Filipina wives. These beautiful ladies you fell in love with, and who make you feel lucky every day at how incredibly pretty they are. Yet there is a constant quest to improve on what we Australian men find nearly-perfect. Why?

Of course this is nothing new. Women everywhere are critical of their own appearance, and often of other ladies around them. And the ladies of the Philippines are no different. It’s a hard one to get the head around when you find them so enchanting. How could they possibly find fault in the Filipina beauty that we find so delightful? Part of it comes from just being women, but there is also a “cultural cringe” that happens here, and I would assume in most former colonies. 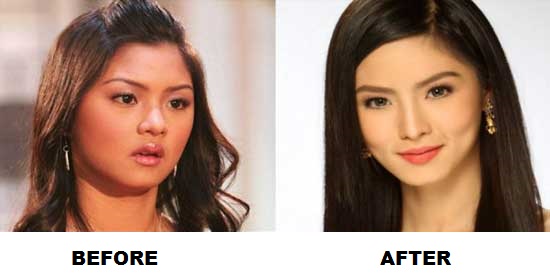 The myth of colonist’s superiority and beauty

The Philippines was colonized by Spain in the early 1500’s, who hung around until 1898 when the Americans took over. And they hung around until 1947. So only the last 70 years of the previous 500 have been as the Republic of the Philippines. Note that it is NOT the “P.I.”, aka “Philippine Islands”. That’s the old American colonial description. A lot of years of being ruled by other countries and cultures, and this did very little to strengthen national pride.

Main issue is a sense that everything from outside of the Philippines must be better. And Australians can relate to it, because probably pre-Whitlam we had our own cultural cringe toward everything British. We used to listen to radio and TV voices that imitated the British accent. England was “The Old Country”. Everyone dreamed about taking the boat or maybe the plane to go and see Buckingham Palace. We used to sing God Save the Queen when we were kids. I used to wonder who “Santa Victorious” was!

And what do you have in the Philippines right now?

Cultural cringe! Embarrassment and disappointed at looking like a native Filipino, and a desire to look like white people.

Now, I already covered white skin in a previous article, So I won’t cover it again. That’s a significant expression of it, but it’s not all there is to it.

Noses! Most of us westerners find Filipina noses to be very cute. Cute little button-noses. Yet they will tell you they wish they had a big one. Makeup artists will make noses (from a distance) look narrower and more pointy. Actresses will be plastic surgery that is the opposite of what westerner actresses will do to their noses. White people, especially of Jewish extraction, will want a nose reduction. Filipinas want it to stick out! And your girl will probably not want to wear glasses or sunglasses because it will emphasize her “flat nose” or show that she has “no nose” at all.

Hair? Straightened and thinned-out, known as “rebonding”, this is pretty common. No one wants to look like an Aeta (ie. Filipino aboriginal, who normally has curly hair). Going blonde, and having hair that looks like an old walis tingting (“straw” broom). Very rare to find a Filipina who likes her natural hair. 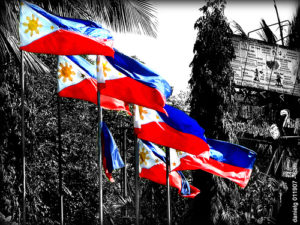 I suppose it’s from being an Aussie who grew up with God Save the Queen, and parents and grandparents who thought they were inferior to the British, and being part of the generation that overcame that which makes me wonder when and if Filipinos will start to appreciate what they have and realise that can stand up proudly knowing that what they have and how they look is in no way second to anybody.

Without wishing to become political, I think it’s still reasonable to point out that the Philippines has a president now who wants Filipinos to be proud of being Filipino finally. I’m sure he shocked a few by not being cap-in-hand with other world leaders.

Probably still a long way to go, but if Filipinos can start being comfortable in their own skin…..skin colour….hair….and being happy with “flat noses”…..that would be something very nice.