Filipinas and the old boyfriend – The dangers

Filipina ladies are loving and romantic by nature. The Philippines is still old fashioned in the area of love. Most girls marry their first boyfriend, and that’s it for them for life. The men may have wandering eyes (and hands and other parts), but the girls are normally fiercely loyal in their commitment to their one true love. 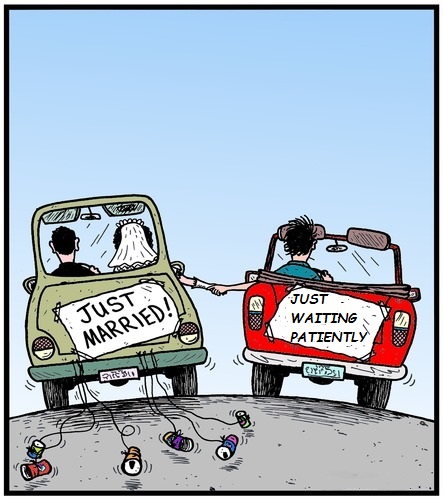 The negative side of this is that if you come in to the picture after she’s fallen in love and given her heart and especially her virginity to young Jhun Jhun, you may end up with the rough end of the deal.

Regular readers of the Down Under Visa BLOG may remember an article about the Maslow’s Hierarchy of Needs (HERE), which explains that higher principles of honesty and morals are often a very low consideration when there are still unfulfilled basic needs. Bluntly, if the belly is empty and the roof of the house has blown away, who cares if you take advantage of the rich white man and even marry him when you love someone else?

The old boyfriend – is he hanging around?

I write this because I had someone contact me saying that their fiancée had got herself pregnant to the old boyfriend AFTER they had formed what he believed was a committed relationship. I told him that he was putting himself at tremendous risk.

I had an old friend from Canada visiting me the other week. This is someone I’ve known for 20 years on the internet, but this is the first time I’d met him in person. I can remember him meeting his girl in Philippines many years ago. She had family in the province somewhere, and she had married him and moved to Canada. Maybe 5 years after they had first got together she broke up with him, and she then brought the old boyfriend to Canada to be with her!

What does that tell you? It tells you she still carried the torch for her first love, yet was prepared to use my poor mate in order to make a better life for the two of them! And boyfriend was quite prepared to sit back and let it happen too, although I can’t imagine he would have liked the fact that his babe was in another man’s bed!

I’ve known of cases where a Filipina woman (whom I will not call a “lady”) had married a foreigner and he has provided a house and an income for her in the Philippines where he would come and stay with her regularly.

And you see the occasional case which makes the news where the wife of a foreigner and her boyfriend plot together to murder him so they get the money and none of the inconvenience.

How do you prevent this?

I don’t think there is a simple solution to this. I would sincerely hope that all men would be smart enough to know the difference between fake affection and real love and commitment, but this is not always the case. I hope that you would see when there is a true meeting of hearts and minds taking place and where it’s just a whole lot of flattery, flirtation and sex. If the lady says she loves you but doesn’t seem to actually “get you”, then you should move on. She should know you better than anyone else on earth, and if she doesn’t appear to have taken the time to find out how you tick, then there’s a good chance she’s there for what she can get and not much more.

And if you haven’t read about the Hierarchy of Needs, then you should do so. If a Filipina girl is desperately poor and has basic needs that are not met, then there’s a very good chance she doesn’t have the luxury of marrying for love. I married someone in the Philippines back in the 90’s, and yes it was all about what she could get from me. These days in hindsight, I don’t actually blame her. There was no electricity in the house (that used to go underwater when it rained a lot), and the bills weren’t getting paid. Then I came along! Finding her soulmate was the least of her priorities! And yes, she had her own Jhun Jhun waiting around the corner too, and when we broke up she went right back to him.