Home › In the Philippines › Fangs For The Memories

Fangs For The Memories

Is there anyone out there that actually looks forward to going to the dentist? The ‘Fang Farrier’ as we used to call him in the army. Anyone? No, I didn’t think so. So what if you need a dentist while on vacation in the Philippines? Or if you are living there? Fear not! 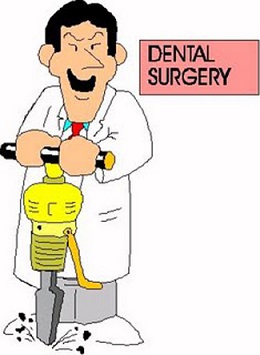 When I was living in Cebu I had to have a root canal performed and a crown put on one of my teeth. I went to the local ‘medical mall’ near Cebu Doctor’s Hospital where there are several dentist’s and doctor’s surgeries. I had my pick, so naturally I chose Dr Rolex Omega. I kid you not. Don’t believe me? Google him. I figured with a name like that he’d have to be pretty cool. Sadly, he was on vacation in the US, attending a convention.

I chose a lovely Doctora, or female dentist, who sadly I can no longer recall her name. I made it clear to the receptionist that my time was as precious as the doctora’s and that I wanted to be scheduled either the first appointment in the morning or right after lunch. That way if there were any delays with previous patients, it wouldn’t effect my visits. No problem.

Cheap But Not Nasty

The procedure required several visits, I think four all up. It was fairly pain free and the crown is still in place a decade down the track. All up I think it cost about $150. Apart from the great dental work, the doctora was lovely; attractive, educated, amusing and very skilled. I have to say, as far as dental memories go, that tooth was the pinnacle.

The work was professional, as you would expect from a dentist trained in both the Philippines and USA. It was very affordable and I would recommend anyone to see her (if I could remember her name). Easy enough to find, she has the surgery next door to Dr Omega! I would advise you ask around for recommendations and choose the surgery and dentist carefully but overall, they are well trained and very competent. And cheap.

A growing trend is medical vacationing. People travel to various countries for procedures that are far too expensive back home. Plastic surgery and dentistry are two of the biggies. I met a chap at the Kiwi Lodge who progressively lost all his teeth over several days. He was getting his teeth out and false teeth made. He didn’t mind the softening of his diet as he was mainly living off San Miguel products anyway. After a week or so I saw him again holding up the bar and he smiled a huge smile. Instead of falsies he had posts implanted and crowns fitted and he was happy as a pig in tahi! All up cost was about $1,000. When you add in the airfare, hotel, beer and barfines it was still cheaper than getting it done back in Melbourne.

Providing the facility is well equipped and caters to the better off Filipino you can usually get great treatment at a great price. Finding yourself in a public hospital in the province, on the other hand, is the subject of another article.

Perry Gamsby, D.Lit., MA(Writing), Dip. Bus, Dip. Mktg is a writer and lecturer who lives with his Cebuana wife and five Aus-Fil daughters in Western Sydney. The author of a series of best-selling ‘self-help’ books for expats and those married to Filipinas, he is also a Master of Filipino Martial Arts and a former World Stickfighting Champion who has lived, worked and vacationed in the Philippines since 1988. Perry and his family return to the Philippines on a yearly basis.