Expat Circles for Filipinas in Australia

Jeff HarviePosted on 19/06/2016 Posted in Cultural Problems and Misunderstandings, In Australia

When you marry a Filipina and bring her ‘home’ to Oz, you have to realise you and her are in for some big changes. Once the ‘honeymoon’ is over, life takes on its everyday drudgery and grind and one day can seem pretty much the same as the last. At least for you. For her, it could be a never ending stream of daunting challenges to overcome. I know what it is like to move from one country to another and start a new life with a new partner; I did it in 2002 after marrying my Cebuana wife and finding the Australian Embassy couldn’t even be contacted to commence the visa process for her and our daughter. Since I couldn’t get her and the kid to come to Sydney, I would go to Cebu. If I had known a reputable migration agent back then things may have worked out very differently but as it turned out, spending our first 4 years of married life together in her country was a positive thing, I think. 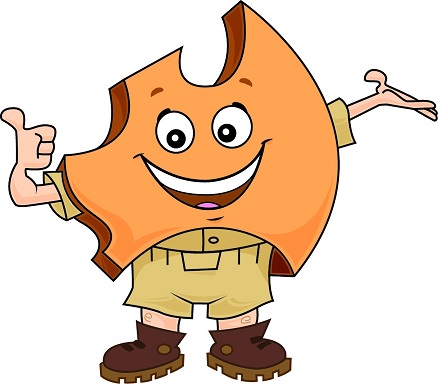 I know what it is like to feel homesick and, keep in mind I was 40 when I migrated to the Pinas. I wanted to do it; to pack up one life and start another somewhere else, somewhere so completely different. Remember also that I had been visiting the Philippines almost every year since 1989, I was a master of Filipino Martial Arts and had a lot of experience with both the Philippines and Filipinos. Or so I thought. Compare that to the average Filipina bride who may never have been out of her province, bar the odd trip to the big smoke, who has little idea of life outside the Philippines other than the fantasy she absorbs via the television, social media and so on. Back in our day there was no social media. I can still remember writing to my first Filipina penpal way back when it took at least a month to exchange letters; at least my wife and I had the telephone and email.

I also had, or developed, a decent expat support group through Yahoo Group forums and get-togethers. These social circles were not dominated by one or two individuals playing on social status, connections and perceived importance as many Filipino groups are. Being kano’s; amerikano, aussiekano, kiwikano, britkano, eurokano etc, we pretty much fell into two groups: those that won the war and those that fought each other in it but since we have been doing that for a thousand years who cares. The anglo group and the euro group, in other words.  These fellow expats were available when I needed them and were not an issue should I not want them. This is not the same for Filipinas.

Married to an Australian or married to a Filipino?

Filipinas in Australia are firstly divided into two broad groups. Those married to Filipinos and those married to Aussies. The former consider themselves superior to the latter by dint of their making it overseas on their own merits, ie by not having to marry a kano. Within each group there is a hierarchy based on age, length of time in country, whiteness of skin and wealth and possessions. Many love to flaunt their wealth and show off their new car, house, clothes, jewellery, children, holiday, show ticket and or what they are about to eat. Facebook was invented for them, for sure. I’m not sure how the ranking works but the women seem to know their place on the ladder and react accordingly. Social get-togethers are just like back in the Pinas with the person who considers themselves the more elite arriving last, often carrying on so fake and false it is cringe-worthy to watch. The over done makeup, overdone clothes, overdone jewellery all seem so gauche to us kanos, at least those husbands who seem to notice, but are all part of the game among the girls. I guess it gives them something to jabber about amongst themselves and to harangue hubby with on the way home.

I am so fortunate my wife doesn’t play these games. Partly I think this is because she comes from a working class farming family and partly because she is a darker skin-toned Filipina. She has always been put down by classmates, neighbours, school teachers and so on for having dark skin and thus, a lesser mortal who will never do well. I get a huge kick out of seeing how narked so many are by how well she does these days with her five beautiful kids, her home, car, Aussie passport, overseas travel and so on. She doesn’t boast or brag, at least not as blatantly as most, but she does like it when someone who was cruel to her when she was single now wants to be her Facebook friend. She usually ignores them. She is also not as typical as most because she has a very small circle of Filipina friends; she has ceased involving herself with far more of them than she interacts with now, simply because she doesn’t like the games they play.

Rest assured your wife will form friendships with other Filipinas when she migrates to Australia. Encourage it as anyone who has been in that situation knows how solid it can be to have a friend who understands your culture, speaks your language, your way and so on. All I suggest is that you and her be aware of how some in her expat circle might be out more for their own ends than just to be a friend.