Home › Cultural Problems and Misunderstandings › Decline in Morality in Philippines

Decline in Morality in Philippines

The Philippines was always known as the last bastion of innocence, where old fashioned “family values” still thrived and were the norm. It was the home of the virginal young lady waiting for Mr Right. Is there a decline in morality in the Philippines? If so, what happened? 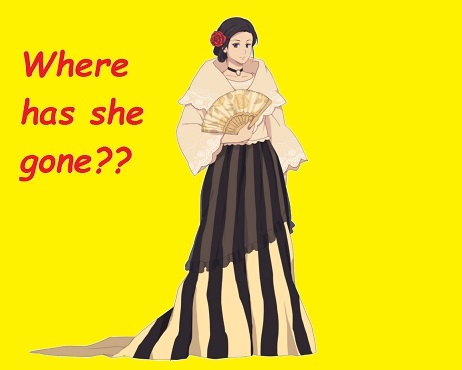 Australian men, like myself in years past, were often jaded by the feminism/divorce culture that exists in Australia and headed to the Philippines looking for a future wife who still believed in the concept and practice of lifelong marriage. We found sweet and romantic girls, most of whom were virgins or perhaps had one previous partner who had let them down. They believed in being courted with the intention of marriage. Many still dated with chaperones present! And dancing meant dancing with female cousins at the Barangay Fiesta only! No nightclubbing!

Well, whilst it isn’t all bad, things have definitely changed in the last 5 – 10 years. Now, you may or may not agree with me, but I hope all can at least see my motivation. My question is whether changes are making people….especially young people….actually happy or not.

I first came to the Philippines in the 90’s. This was the letter-writing era, where the girl may have had a neighbor with a telephone she could call you “collect” on. Internet cafes started appearing in the late 90’s, and cost P25 – P35 an hour. Connections were slow, but it meant an Australian Filipina couple could send some emails maybe a few times a week. But there was no Facebook and little exposure to popular culture and different morality from the big wide world out there.

This was the days where a girl would ask “Is Australia near Canada?” As for knowledge of “non-Filipino morality”, I had a college-educated cousin of a former girlfriend ask me “Is it true that people in England had sex in the streets?” She had a boyfriend from the UK, and she was worried about that! No one was dull or prudish, but there was like a “G-Rated” naïve innocence prevailing that was rather charming.

Post-Internet? This seems to be where the changes started from my observation. It became possible to use Yahoo and other sites to meet up with people from other countries. Social media platforms like Friendster and MySpace became popular. Nowadays there are cheap phone plans that include free access to Facebook. I believe there are “pick-up” sites out there too, for those who only want a casual fling.

And this has coincided with the availability of cheap smartphones, with easy Facebooking abilities and to take and send both photos and videos.

What all this meant was that young internet-users/phone-users soon saw that there were other views, other attitudes and other “versions” or interpretations of morality out there. The belief has long been that everything is better overseas, particularly in the US, and that meant the tendency was to follow what they saw and heard. Therefore who became the authority sources in questions of what was wrong or right? Miley Cyrus and Arianna Grande, rather than parents and teachers! Miley can swing naked on her wrecking ball for all to see, and Justin Bieber can show off his naked buttocks, and that’s all OK. And this is in a nation where girls normally don’t even wear bikinis to swim (ie. they swim in shorts and tshirts)!

Morality in the Philippines today

OK, maybe some of you are thinking I’m some sort of old fuddy duddy killjoy by now, but nothing could be further from the truth. Yes, I’m definitely old fashioned, and yes I believe in marriage. I also believe that those who marry the person who truly loves and respects them and shares something with them that they’ve shared with nobody else is very fortunate. They’ve lost nothing and they’ve missed out on no happiness at all. In fact they’ve gained a happiness and contentment that partying and multiple-partners will never give them.

Unfortunately it’s hard as a parent to give advice that’s contrary to what the latest hoard of “beautiful people” are saying and doing. The fact is that you actually want them to lead a great life with “fun” that isn’t destructive and hurtful. Teenage boys will always lie about being in love, and will always use girls for their own shallow satisfaction if the girls let them. And there is a universal dislike of condoms here, so they won’t use them. And that leads to sexually transmitted diseases (STD’s) and creates single mothers. The law doesn’t force boys to support their children here, so lives tend to be turned upside down very quickly. Not much fun when these things happen, is there?

Is there an answer? No simple answer that I know of. As parents, please try to be aware of this tendency and try to give your kids good advice and guidance. As fathers, try to let your daughters know they are loved unconditionally so they won’t be so vulnerable in that area. And don’t be scared to have a few rules. And in general, be aware of the changes that are taking place and make your own decisions accordingly.

3 comments on “Decline in Morality in Philippines”