Products and services for a Filipina wife in Australia

We are pretty fortunate in Australia these days when it comes to the availability of Asian foodstuffs. I live pretty much in the heart of the Pinoy Diaspora in Sydney, Blacktown City Council LGA. We have lots of food stores selling just about everything you could wish for. We have very active Filipino associations and social groups, community service groups and of course, churches galore. We even have a fair dinkum Inglesia Ng Christo church that looks identical to the one down the road in Poblacion or wherever. 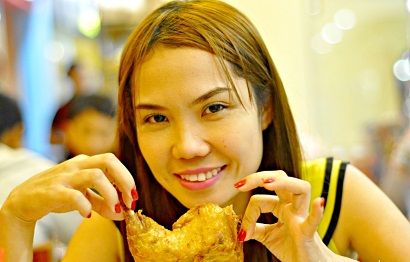 Services for Filipinos in Australia

There are several outlets that do Balikbayan boxes, an LBC hub and of course money remittances; travel agencies, cake shops, restaurants, sporting clubs and folk dancing. My daughters go to schools where the largest ethnic group is Filipino, followed by Pacific Islander so they have no concept of discrimination on account of being Fil-Aus; at least not at school. There is discrimination and racism here but that’s another article. In the main it isn’t hard for a Filipina to feel at home fairly quickly.

My wife is neither religious nor does she care much for social groups. She is pretty independent in many ways, but still a Filipina at heart and while she doesn’t seek other Filipinas she does have mostly Filipina friends, albeit her best one came here when she was 2 and is more Aussie than Pinay. When we first came to Sydney she made a circle of friends who were clearly ‘chismosa’ types. One time she actually listened in to her ‘friends’ talking about her, one of them having accidentally rang her mobile while she was absent from a gathering. It only confirmed what she had learned for herself and that was that not everyone is as nice to you behind your back as they are to your face.

I have always been aware of this dynamic in Filipina circles having witnessed it among the wives and girl friends of expats in Cebu. There is always a hierarchy with one or more considering themselves the top dog and the others pandering to this. Examples include not going to someone’s party unless the top dog gives the nod and was invited first and any of a dozen easy to make gaffes. These groups always seem to try and outdo each other with what they own, what they spend, how they live etc. Most ignore completely the reality that had they not married their Kano they would still be back in the Pinas waiting for their chance to escape. Which is what the other kind of Filipina uses to make herself feel superior. These are the ones married not to foreigners but to Filipinos.

They take great pride in making sure everyone knows they made it to Australia on their own merits, well at least the merits of their Filipino husband and not simply by marrying a citizen. The worst in some cases are the ones who came here during the Marcos years of martial law; everyone who came after them ‘had it easy’ and so on. As I said, I’m lucky my wife, simple Pinay from the probince she might be, but she sees through these Maria Clara types and makes her own friends on her own terms. She is darker skin toned than most and that often has lighter skin toned pinays aghast that she has her own property, a car she drives herself, has a passport and citizenship and so on. She’s also kept happy at home because she knows she is loved and wanted, respected and trusted.

I tell her this stuff, but I prefer to show her in lots of little ways. I buy her fish. Her favourite is Golden Pomfret, but she also likes mackerel, yellow tail and snapper. I buy her buwad, or dried fish and I let her cook it indoors if the weather is too wet to use the camp stove under the carport (true love, believe me). I let her dine with her fingers, feet tucked up under her on the seat because that is how she is comfortable and she is in her own home and should be able to relax and be herself.

I don’t tell her who she can and can’t mix with. I never stop her going shopping with her best friend, mainly because they like to ‘Op Shop’ and get great bargains for pocket change. Speaking of Op Shops, it is hilarious to watch two Filipinas run into each other in Vinnies. After it is no longer possible to pretend they haven’t seen each other they immediately start telling the other how they are just there to help the charity and they normally wouldn’t be seen dead etc. Do I worry that she may find someone else and leave me? Not for a moment. I was married to an Australian woman before her and I gave her the same respect and freedom and she chose someone else (and has since done it again at least once). If you are worried she might run off, better to look at yourself rather than increasing ‘security’. If you love someone, set her free…