Jeff HarviePosted on 26/06/2016 Posted in Cultural Problems and Misunderstandings, In Australia

I’ve written about this before for various publications but I’m going to attack the topic again because it is so vital to the successful immersion of your Filipina into Australian life. No matter what adversity may come her way during her time in Australia there are two things that will keep your Filipina in fine fettle and staying happy: You and her diet. First of all lets look at ‘you’. 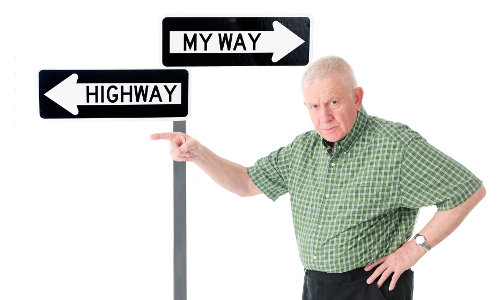 I am sorry to say I know otherwise decent blokes who seem to turn into controlling ogres once their new wife lands on our shores. Perhaps it is the (usual) age difference making them insecure, maybe they are just insecure by nature or sit somewhere on the domestic abuse spectrum but I have seen it too often not to mention it here.

Some blokes are jealous, controlling, dominating and downright abusive. The worst ones are those who don’t realise it, or refuse to see what everyone around them can see. They can’t help themselves when it comes to showing off to their mates how they have a ‘true woman’ and an ‘old fashioned values’ type wife. By that they mean basically a domestic servant that puts out. If my words are making you a little hot under the collar then good. If they don’t apply to you, no problem. If they do; rethink your attitude and behaviour, mate.

An example: ‘Bob’ was 50, married ‘Kate’ aged 44 who had a teenage daughter (13). Got them to Australia and all seemed fine but then I noticed he wouldn’t let her eat any food with her fingers and insisted the place settings were knife fork and spoon where the food she was cooking rarely needed a knife. His excuse when I broached the subject was that he was helping her ‘assimilate’ and that this way she would adopt ‘Aussie’ habits sooner and be more comfortable in her new home. In reality, as she confided to my wife, she was miserable. They had lived together for over a year in the Philippines prior to coming to Sydney and he had never shown any inclination to be controlling there; but then she was pretty well connected in her home town and he was not a fool.

Another bloke, ‘Bob’ (different Bob), aged 57, married ‘Kate’, 23 and brought her to Australia. He insisted she get a job and contribute to the family coffers. Fair enough. But he made sure her money went into his account and he doled out just enough for her to get to and from work. He made her repay him for the 12 year old car he bought for her to commute with, took half the mortgage out of her pay and half all the utilities, food etc. When she asked for a few hundred a month to send to her family he went ballistic. Kate naturally made friends at work but he wouldn’t allow her to go out with them for drinks after work, yet he spent his weekends either in the pub, the club, or fishing with his pub and club mates. He thought nothing of buying a new rod and reel but gave her a hard time if she bought a new lipstick. In time Kate found a new Bob at work and left her husband and has lived happily ever after, notwithstanding the evil things he splashed around social media about her.

Keep in mind, when I met them, both these Bobs came across as decent, average blokes who had found great wives and were rapt to have them with them in Australia. They had gone to considerable trouble and expense to make it happen and yet, once the journey was over and they were ready to live the rest of their lives together they blew it. Why? Because they only thought of themselves, not of their loved one or their marriage. If you focus on your Filipina, unless you copped a bad ‘un, she will be with you through thick and thin. Mine has stuck by my (bed)side through death and resurrection and all sorts of medical trauma. She truly is my rock. But I don’t take her for granted.

First of all I don’t try to make her assimilate, ie; become an Aussie. If I wanted an Australian I would have married one. Any assimilation that occurs will be by her choice, ably assisted by me if she requests or needs my help but it is her call. My wife is not my slave or my prisoner. She is free to go where she wants to and with whomever she wants to, whenever she wants to. I won’t allow her to dictate to me my movements (and she doesn’t) and turn about is fair play. It’s not rocket science, fellas. But it can require a bit of blind faith and trust but then, if there isn’t that in the relationship… what the heck are you doing marrying her?

If you are the controlling type, just bear in mind these women are connected, to social media. They aren’t stupid, even if they may not have had the best education. They are tough, resilient and wiling to take chances and that is admirable in someone you plan to spend the rest of your life with and pretty scary in someone you turn against you because you have to be ‘the big man’. Just think about that for a while. Comments below, fire away.