Aswang, mo mo, wak wak, dwende, kapre and white ladies! Just a few of the assortment of spooky scary things that exist in folklore in the Philippines, and you will soon hear mention of them if you are in an Australian Filipina relationship. There’s even a half-human, half-snake that exists in Robinsons Mall in Manila. The floor drops out of the womens dressing room, and it eats the occupant! The aswang is probably the most feared, as it will eat the baby out of a woman’s womb whilst she sleeps. This is why the windows must be locked at night. 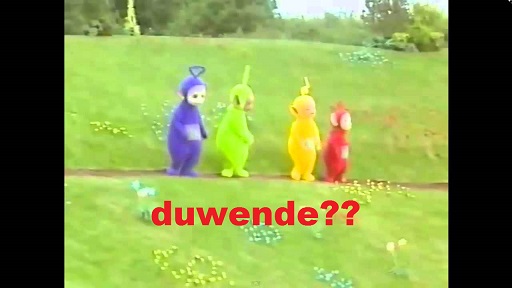 Scary legends in the Philippines and elsewhere

Stories of scary monsters and boogiemen are common all over the world, and are usually there to communicate danger to small children. Fearless kids can be very scary to their parents, because they are capable of running off and getting into dangerous situations, and I suspect this is why such stories came about in the first place. Big bad wolves who ate grannies, clearly stories to stop kids wandering off in the forest. Pied pipers meant stay away from strangers. Trolls under bridges and even the Aussie Aboriginal story about the bunyip lurking in the waterhole? Clearly there to stop kids from drowning!

What’s different in the Philippines is that whilst I suspect no normal Aboriginal auntie actually believes there’s a bunyip at the waterhole, there are plenty of Filipino adults who swear by the genuine existence of the local creepy things that go bump in the night. Everyone seems to have either seen a white lady or heard an aswang on the roof or rattling the windows at night, or they know someone who swears they also saw them.

Many a Filipina lady who comes to Australia will be freaked out by trees, because there might be a kapre in the trees. These are hairy giants who smoke cigars. Not sure what else they do. Maybe a passive-smoking risk? And they won’t pass trees without appeasing the duwende (or dwende) by saying “Tabi tabi po”. Maybe they are actually Teletubbies? I’ve seen the drawings (as no one has actual photos of any of these, despite every single person in the country having a phone with a camera) and there’s a definite resemblance. They hang around anthills, by the way. And my wife Mila knew someone who swore by the existence of duwende, because the friend actually saw them! She WAS 6 years old and had a fever at the time, but still!

Bogart the Explorer discovered a great way of dealing with the aswang, which I think I should share with all for their protection. It would have to work like a charm, and you can watch the video HERE!

I have to say that this is where my sense of humour about this matter fizzles, and I don’t find it very funny at all. Terrifying small kids seems to be one of the less-charming social activities in the Philippines, and it makes my blood boil. My first introduction to this was years ago when I heard a three year old wake and night screaming because mum wasn’t there in the room. Her older cousins had taken on the essential task of telling her all about the wak wak, and this was one more reason the light was on all night.

Also had a nine year old move to Australia and be horrified to discover her room had……*gasp*…..a WINDOW! Surely the aswang could get in at night! She wanted wardrobes moved across the windows to stop them busting in at night and ……not sure what they do to un-pregnant nine-year-olds, but obviously they would be up to no good. Nasty critters, they are. This resulted in her needing to spend the next three months in our room at night (about six weeks in our bed to start with) to deal with what was a real fear. I also spent that three months constantly hitting her up with logic like: “Where do the aswangs buy their clothes?” (they have no lower-half, you see). “Why are there no photos?” And of course, “How do they get visas to come to Australia?”

Yes, eventually Miss Nine got over the fear, but it was hard work and the fear was both real and totally unnecessary! Parents and family members are supposed to provide kids with love and comfort and to make them feel safe! Shame on anybody who gets their entertainment by scaring them! I warn everyone, both staff and older children, what I feel about such practices around my kids.

If you are marrying a single mum with kids, this is an issue you should try to get on top of as much as you can.

Jeff Harvie is a Registered Migration Agent and runs Down Under Visa in Manila, where he lives with his wife Mila and kids and has done so for a number of years