Home › In the Philippines › A Plethora of PALs – Airlines in Philippines

A Plethora of PALs – Airlines in Philippines

Jeff HarviePosted on 05/06/2016 Posted in In the Philippines

Most expats are aware that the national flag carrier airline of the Philippines is Philippine Airlines, also known as PAL, which some say stands for ‘Planes Always Late’. The competition is Cebu Pacific and in recent years, Air Asia. Of course, as with anything to do with the Pinas, it isn’t as simple and straight forward as that. 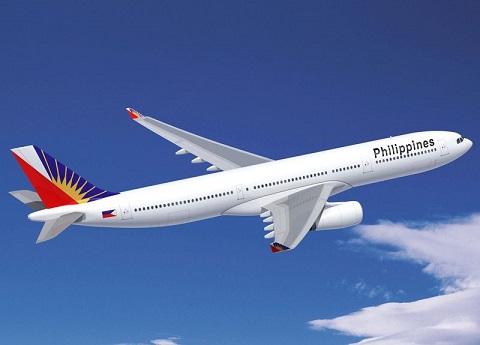 Currently there are 7 commercial airlines, 19 charter airlines and 4 cargo airlines that are issued with current air operator’s certificates issued by the Civil Aviation Authority. I bet you didn’t know that! Let’s ignore the charter and cargo airlines and have a look at the commercial operations. These are the most likely airlines you will fly with if you want to get around the country or go overseas. Let’s start with Asia’s first and oldest airline still operating under its original name, Philippine Airlines. OK, from first flight in 1941 until 1970 it was Philippine Air Lines, but let’s not split hairs. It began in 1935 when the Philippine Congress approved the Philippine Aerial Taxi Company Inc (PATCO) to fly mail, cargo and passengers around Luzon from Manila to Baguio. In 1941 PATCO was bought out and PAL was formed, flying two Beech 18s on the Manila to Baguio route. Both were lost during WW2, one shot down over Mindanao and the other shot up on the ground in Indonesia. After the war the first flight by an Asian airline across the Pacific was a charter to take 40 US servicemen back to the States on a DC4 in 1946.

PAL was for many years the one and only answer to the air travel needs of the country. During the Marcos years a ‘one nation, one carrier’ policy helped the company expand, however that took a hit after Marcos left in 1986. What really hurt was the Asian Financial Crisis of 1997 that saw the company cut all routes to Europe and the Middle East and fire thousands of staff. Although out of receivership in 2007, the damage had been done and other players had stepped in and taken a fair chunk of business away from PAL. I remember the end of the halcyon days of PAL flights to Manila on the DC10 that always flew nose high because the expats were all down the back helping themselves to more booze in the rear galley. The cabin staff seemed to disappear after the first meal service, somewhere over the Outback, and it was serve yourself until we flew over the Mindanao coast when the crew would reappear and serve another feed.

During those days, in fact from my first PAL flight in 1988 to my last in 2010, I can recall never once leaving or arriving on time. Actually, I mis-speak. There was one fight from Sydney to Manila in 2001 where the plane left on the dot as per the schedule and landed right on time. The problem was the PAL plane standing at the gate we were to use to disembark hadn’t left on time and so we sat in the plane on the taxiway for about 30 minutes. I think it was to ensure PAL’s record went unbroken.

Somewhere between my first flight in 1988 and the mid-to late 90s they changed terminals. We used to land at NAIA 1, but then PAL took over NAIA 2. I still remember the first time I landed, seeing a throng of faces peering through the steel bars separating them and the car park from the arrival area. The bus waiting to take us into town had a pretty Filipina hostess handing out icy cold San Miguel beers and we sat there, sipping beer and staring at the multitude staring at us.

Today PAL is back flying to London, Abu Dhabi and Riyadh as well as new routes to Brisbane, Perth (via Darwin) and all the way to New York via Vancouver. They are back and punching away to regain some of the lost market share. Are the planes still always late? No idea as I haven’t flown with them for five or six years. These days I fly via Singapore or Kuala Lumpur as cheaply as I can get, which will be the topic of another article.